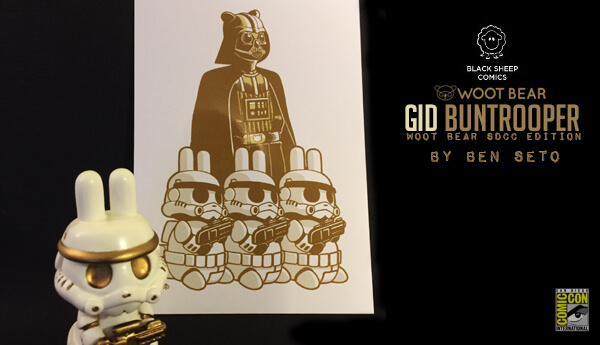 Ben Seto is an artist based out of the San Francisco bay area. He is known for his Xeric Grant award winning comic, “Usagi Jane and The Skullbunnies.”

Join the Skullbunnies as they take over the galaxy with cuteness…. GID Buntrooper in Woot Bear Colorway – Edition of 16 + print  ($70 each)
Ben Seto’s Buntrooper will be reincarnated in Woot Bear’s signature white & gold colorway.  All Buntroopers glow in the dark and will have exclusive blister card packaging.  Each comes with a new mini print—look closely, and you’ll see Woot Bear as Darth Vader!

Fingers cross Ben will make his Usagi Jane into a figure, but for now you can grab the mini comic at  http://blacksheepcomics.bigcartel.com/ 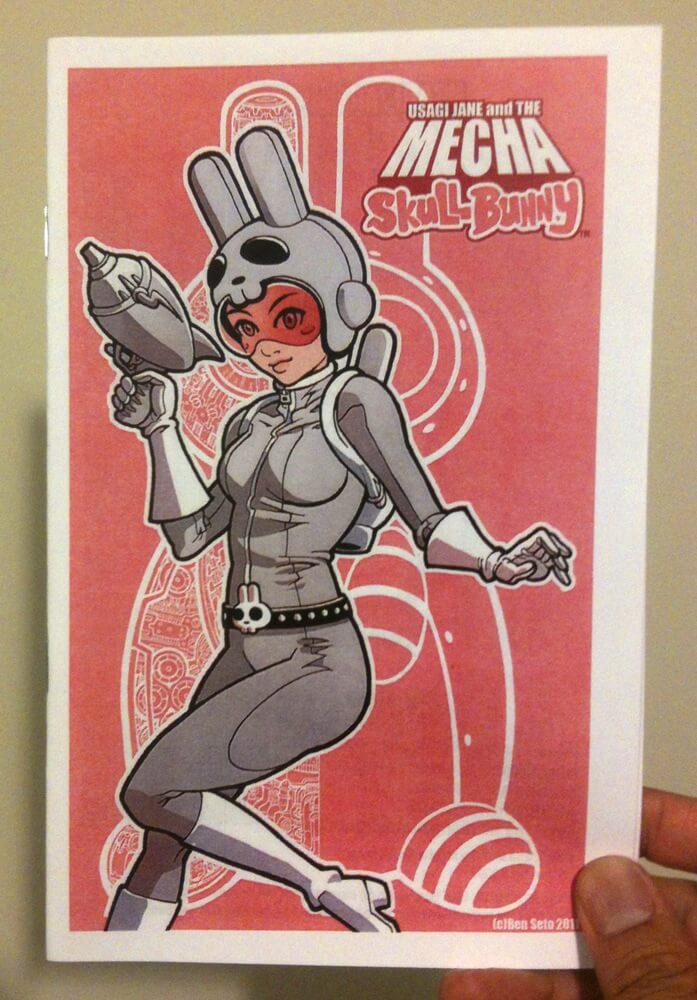 (all info and photos lifted from Woot Beat PR) 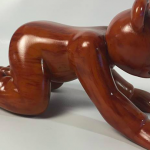 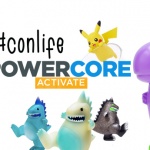