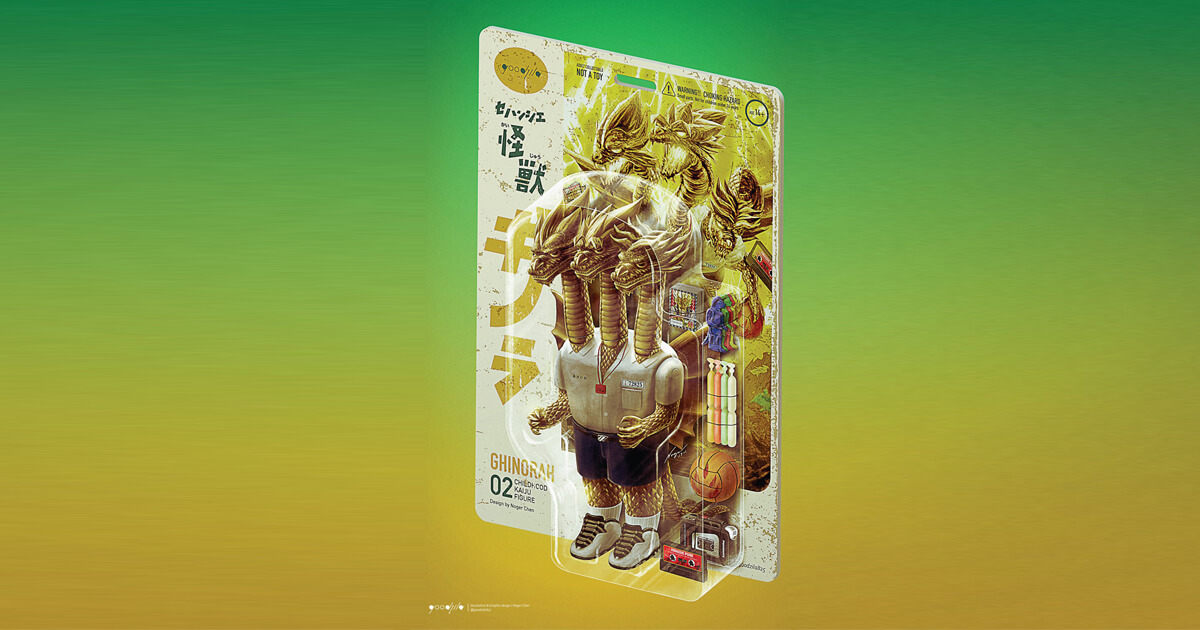 Oh BOY! our bank accounts are well and truly fucked….. Cast your minds back a couple of months ago when Noger Chen Nog Toy x x 1982 kids x Black Seed Toys launch the Goodzila 好吉拉 designer art toy based on Noger’s illustration. Well today he’s looking to break the internet once more with GHINORAH! this must be a tease of the next designer heading for production just like Goodzila.

Like we said before, kaiju fans are you ready for “what you didn’t know you needed” originally designed by Noger Chen the illustration went viral earlier in the year after the illustration was part of a show. Noger’s idea behind the concept was What would represent him as a child growing up on the 80’s. Linking up with designer and soft vinyl veteran, Black Seed Toys to make Nog Toy Noger Chen’s “Goodzila 好吉拉” come to life! Who would have thought mixing Godzilla with a blast of 80’s nostalgia would work so well! Now with the King Ghidorah in the works we best start saving! meet GHINORAH CHILDHOOD KAIJU FIGURE 02 coming with childhood accessories!

Not much more is known about the release but stay tuned for the prototype and further updates.