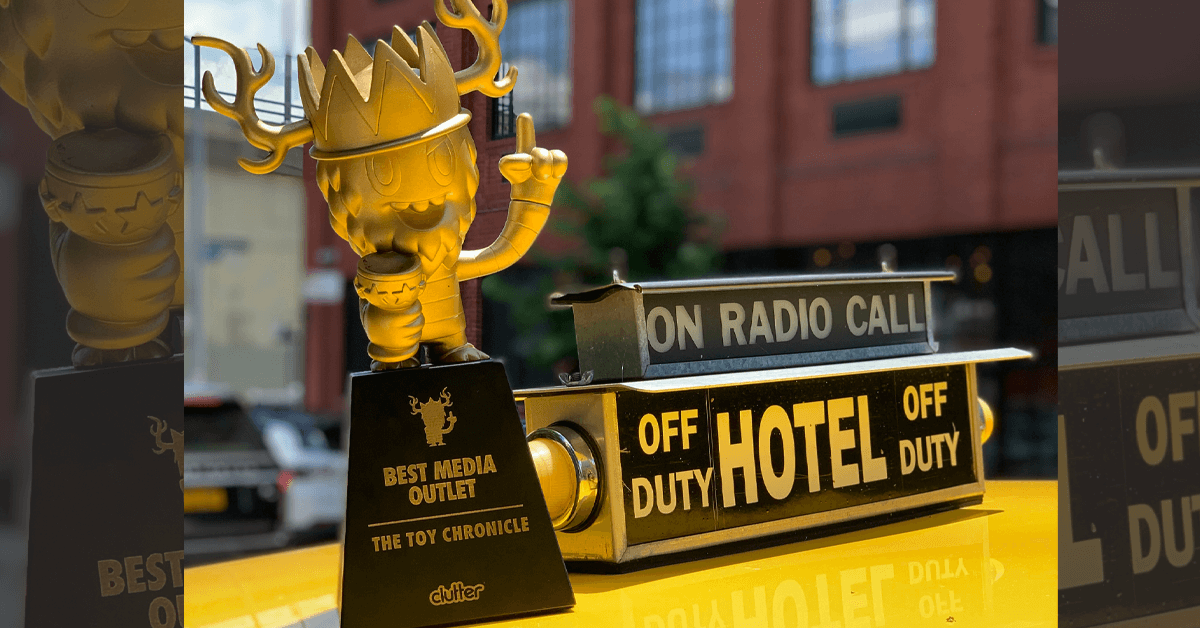 Well, that was one helluva weekend in Brooklyn! From the moment we landed at Brooklyn EXPO Center with an empty convention space on Thursday afternoon to Monday afternoon when we left, the whole Five Points Fest 2019 weekend has been an absolute blast. It’s taken us a few days to acclimatise to normality and gather our thoughts on what was ANOTHER AWESOME FUCKING FIVE POINTS FEST WEEKEND! Possibly the best one they’ve done. Possibly the best Designer Toy convention I’ve ever had the pleasure of experiencing. Was major fun. MAJOR FUN! Some words will follow, but first….

You can check out our Facebook LIVE Stream above that we recorded on the Saturday. You can see how impressive the show was. Lots of awesome artists. A great vibe amongst vendors & guests alike. We got to hang with so many of our toy family, and also meet new friends alike. The Brooklyn EXPO Center was a flow with artistic minds and folks with Designer Toys in their eyes. Dreams of capturing their grails. We left the EXPO Center at around 9.30pm on Friday night, as we finished setting up Five Points Fest, and there were PEOPLE outside queueing. 9.30pm THE NIGHT BEFORE! Preparing themselves for a night on the streets of Brooklyn. This was real. They were real. Five Points Fest 2019 was about to go down.

One of my main highlights, and there was many, was the Blick sponsored Live Paint Event over the course of the Five Points Fest weekend. Kicking off on Saturday was the PAINT FIGHT, with JCORP trying to retain her BREWSER title won at the 2018 edition of Five Points Fest, this time there was added incentive as the PAINT FIGHT now had it’s own title championship belt for the winner. Over many an hour, and five PAINT FIGHT art combats there was a decision to to confirm the two finalists – RIISA BOOGIE and MIKE ALTMAN that would battle again on Sunday to decide upon the PAINT FIGHT champion!

Was super fun to wander around the Pin Yard that was a new feature to Five Points Fest this year. An outside courtyard of pins and patches. Pins have been all the rage for a wee while now, and it was great to see so many pin artists bringing their pin art to Brooklyn. Another new addition to this year’s Five Points Fest was the Tattoo Parlour. With @benlickspaint and @caromontoyatattoo taking over the inking duties for the weekend, you can check out the number of tattoos that were inked.

The Designer Toy Awards on Saturday evening at the Brooklyn Bazaar, where the Designer Toy community was able to celebrate the past 2018 in the Sean Leonard hosted ceremony. We have noted the winners of the 2019 Designer Toy Awards HERE. Was a great night of joy, toy family, a number of beers and a few chicken nuggets. Maybe a surprise DTA winner or two but regardless of who won, each & every one them deserved. We thank each & everyone of you who took the energy to vote for your winners in the Fan voted categories. Those that voted for The Toy Chronicle deserve every thanks, as we really always appreciate that you take the time out of your daily Designer Toy lives to cast your vote for TTC. There are great media outlets in our community, each bringing a different voice, and written wor d to the scene. Each doing something that deserves recognition! Thanks to CoArt Mag, Marsham Toy Hour, Softoyhobby, Tenacious Ninja, The Toy Viking, The Blot Says, Toysrevil and Vinyl Pulse for all you guys do to ensure the Designer Toy community is bang up to date with news!

We expected, with our hungover minds, that Sunday at Five Points Fest would be a chilled, quieter day than the crazy day of Saturday. However, it was QUITE THE OPPOSITE. The whole place was a hub of hustle & bustle. Crowds bringing their eyes, minds & wallets to see what the vendors bring to the action on a red hot Sunday in June. Each person was definitely treated to something special this weekend.

Remember those PAINT FIGHT finalists we spoke of before? Riisa Boogie & Mike Altman sprayed like their lives depended on it to be crowned PAINT FIGHT 2019 BREWSER, but the battle was soooooo close that, after crowd participation, they were BOTH crowned champions and will each design the exclusive beer cans for Five Points Fest 2020! Congrats to both artists!! Much deserved!

We captured some live painting on the Sunday, where the street artists had a free reign to spray as they wish, you can watch that below!

We should also give a MASSIVE shoutout to Pine Box Rock Shop, who ran the Five Points Fest bar this year! Kept things flowing, the beer & the queues that formed for all that exclusive Five Points Fest beer put on by KCBC, Sixpoint & Laguanitas! Thanks guys!

Five Points Fest 2020 has already been announced for May 30th & 31st!! Rocking out again at Brooklyn EXPO Center. Now is the time to start making plans for 2020. You don’t want to miss out on this awesome event. We’ll bring you more details as we know them, but at least bring your thought process towards your journey to NYC next May!

When all the work to breakdown Five Points Fest on the Sunday, the final remaining touches were completed on Monday before we finally got to relax a little bit extra with some beers & friend times. Much needed, don’t you agree?