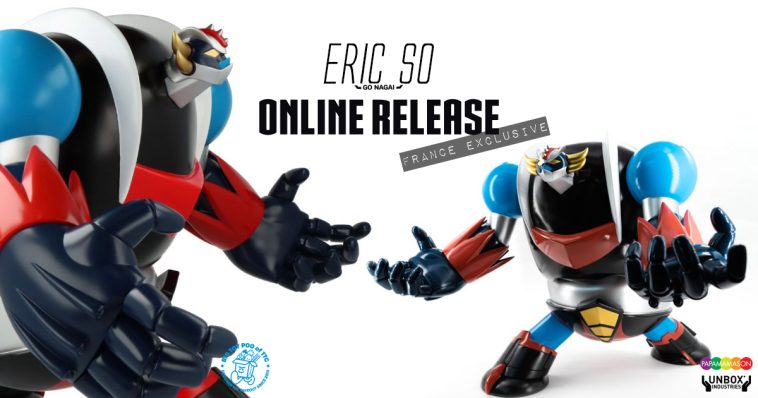 Quick heads up as Eric So x Unbox Industries x Go Nagai Grendizer Goldorak France Exclusive pre-orders have landed in collectors homes already and a handful are up for grabs for those who missed out on this EPIC release! Like we said last year HERE,

Can you feel the ground shaking! it’s us going weak at the knees trembling, as the mighty Grendizer by Eric So x Unbox Industries x Go Nagai returns but with a difference. It’s HAPPENING! Sorry for shouting at the top of our lungs, but it’s what we have been waiting for! The official announcement is here and ready for collectors who have missed out on the previous versions.

Cast your minds back to over 5 years ago when designer toy OG mastermind Eric So partnered up with the guys over at Unbox Industries, paving way for an all-new look to the classic MAZINGER Z! The oversized body and unique look of Eric’s Mazinger Z shook the scene! NOW we get Grendizer edition with a similar XXL round body tiny head look in this France exclusive Goldorak edition. It’s time to make some space for his juggernaut.

Just imagine, a figurine 40 cm tall, weighing 4 kg and with 8 points of articulation!

And if all that wasn’t enough, know that it is limited to150 ex numbered copies and that it will be sent to you with a certificate of authenticity signed by Eric So!

On the one hand, we have Grendizer, the famous Toei Animation series that began in 1975. The adventures of Actarus have become, episode after episode, a benchmark for all mecha lovers down through the generations.

On the other, we have Eric So, a multimedia artist and creative director of Papamamason.

While the two worlds may not have much to do with it at first glance, they come together today for an exceptional piece.

(info and media lifted from artoyz ) 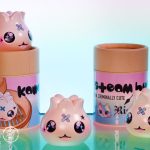 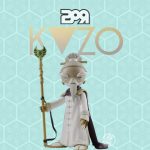