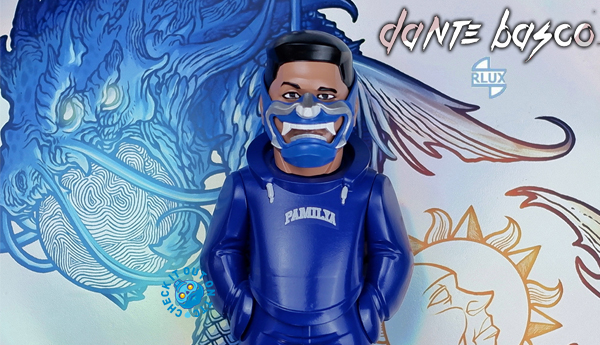 Major heat happening as Dante Basco links up with RLUX Customs x Harvey Tolibao to present to you all “Dragonte” art collectible! Based on the actor and icon Dante Basco, who we all know as Rufio, Zuko, Jake the Dragon, and many other awesome voiceovers. Powered by the folks at RLUX Customs they bring you this 6” collectible. One release that puts the Filipino on the map once again and putting the spotlight onto the Philippines scene and this all Filipino production. Below is some background on the making of Dragonte.

“We’ve always had this dream on the back burner to work with someone from “Hollywood”. During a catch-up conversation with a good friend, the usual “what’s up, how’s it going” eventually led to the conversation of toy making and our goals for something bigger.  That friend of ours just happened to be Dante Basco’s uncle! What are the odds! He linked us together and we discussed the possibilities and brainstormed. Before our initial call, we put together some concepts. It was decided that the best representation of the toy would be of Dante himself, to celebrate the individual behind the well-known characters and voices. The mask he wears symbolizes both the Blue Spirit that Zuko (voiced by Dante) from The Avatar wore and the “Bakunawa”, a mythical Filipino serpent-like dragon (idea by Harvey Tolibao). We put together both concepts and worked it into a mask that the figure will be wearing (yes, it’s removable).”

“Another Filipino artist we’ve always wanted to work with is Harvey Tolibao of HMT Studios. He’s worked on several covers for Star Wars, Marvel, and DC comics. We felt his style to be a good match and wanted it to be included in the figure and so the “Bakunawa” was made. It’s shown on the back of the figure’s hoodie, and is also going to be made into a foil poster available for purchase!

When we mentioned the project to Harvey, he got started on some concepts and used the association between Dante and the Blue Spirit as inspiration for the Bakunawa. Honoring Harvey’s Bisaya roots, he borrowed the Cebuano’s mythological tales of the said dragon, who would rise from the ocean and swallow the moons whole, being enraptured by their beauty, which would cause the world to darken (eclipse). “

“In the illustration, the Bakunawa has a moon gripped in its jaws, with the upper part of the dragon bathed in a blue glow, which represents the darkness that follows an eclipse; and then the yellow glow that emanates from the sun represents the balance between the two forces – light and dark. Two energies that contradict each other yet cannot exist without the other. Yin and Yang. “

It is also a nod to Zuko and the Blue Spirit; when Zuko started to lose faith in the Fire Nation and joined up with the Avatar, eventually siding with the good.

The front part of the hoodie says “PAMILYA” which translates to “family”, and is based off an actual hoodie from Kuyate, a Filipino-owned company based in Los Angeles, that Dante wore “

This collaboration is very special to us because it highlights the creativity and ability of Filipinos. The entire team behind RLUX Customs is Filipino as well – the conceptualizers, artists, technicians, painters, and managers, which makes this entire collaboration an all Filipino production.

With May being AAPI Heritage month, we wanted to take action and support an AAPI organization. We see the news, and we would like to help #StopAsianHate. 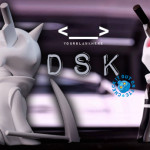 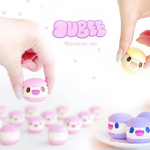