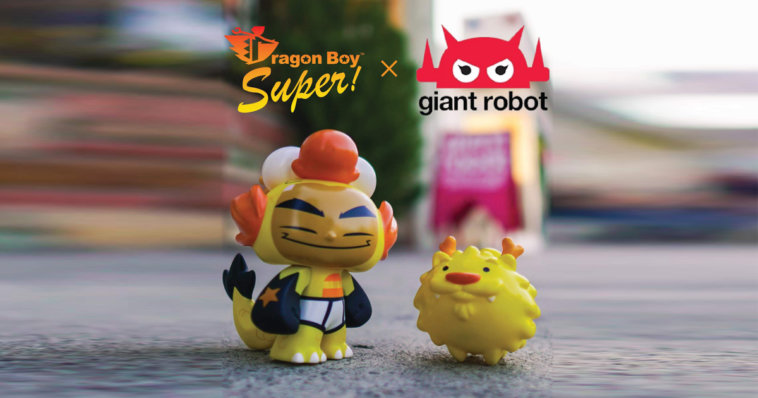 Dragon Boy Super League is coming in thick and fast! Giant Robot has revealed their exclusive “Brucey” edition of Dragon Boy Super by Martin Hsu! has this Brucey edition been studying the late Bruce Lee? watch out for his combos!

Inspired by one of the greatest martial artists and heroes of our time, Martin Hsu and Giant Robot are proud to announce the release of the ‘BRUCEY’ edition of Dragon Boy Super joining the Super League and here to kick butt and inspire! Be water my friends. #李小龍

Dragon Boy Super League is inspired by my friendship with toy folks like you and your followers. Think Avengers and Justice League, it’s an intergalactic league of superheroes, aliens, gods and warriors powerful enough to handle any cosmic foe! Each hero is cloaked in a custom dragon suit and accompanied by a special Dragon Pup.

Together, they tell an epic adventure about the friendship between a boy, his dog and all the friends they’ve made along the way. A true telling of how I’ve had the pleasure to meet fans and collectors since the first Dragon Boy figure released in 2012.

Limited sets available at DCon so get to GR booth 2200 FAST!
Limited Ed. of only 60 sets worldwide! 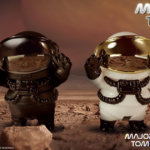