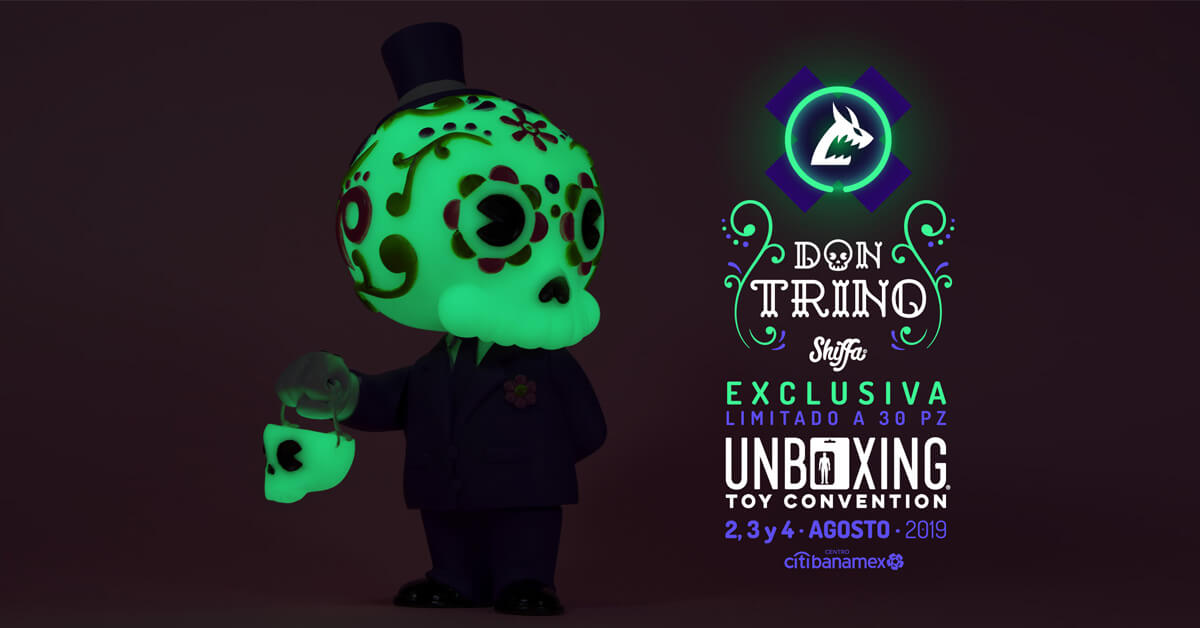 Guess whos back! Now with the added GLOW for Unboxing Toy Convention! World-renowned Da SHIFFA with Don Trino. Do you remember back in 2017 when the brilliant Shiffa McNasti joined forces with Chakal Tois aka Avatar666 to present to you all “Don Trino” their first vinyl figure completely made in Mexico! Don Trino has the markings and Mexican heritage in a character from within the theme, right in time for Day of the Dead and Halloween. Glad we can see telltale signs of Shiffa style especially Shiffa style skull, and NOW they’ve released the Unboxing Toy Convention which GLOWS IN THE DARK in green.

Standing at 8″, Limited to only 30 pieces
Available at the Unboxing Toy Convention this August 2, 3 and 4 at the Citibanamex Center, Mexico City. The online release will be released after the convention if not sold out. Please stay tuned for further info.