MoMA Exclusive: The most celebrated character among artist Takashi Murakami’s extensive and influential work, DOB-kun or Mr. DOB’s playful face is both ever-changing and instantly recognizable. Memorably appearing in his iconic 1996 artwork in MoMA’s collection, 727, Murakami’s Mr. DOB was created with the intent to subvert and question what his creator called “the secret of market survivability” exemplified by Mickey Mouse, Miffy, Hello Kitty and other well-known characters.

Murakami refers to DOB using the Japanese honorific “-kun” that is used to address younger people and carries with it a suggestion of childlike cuteness. DOB-kun’s name, spelled out in his rounded ears and face, is the first three letters of a made-up phrase that is a nonsensical combination of “dobojide dobojide (why, why?)” from the Japanese manga series Inakappe Taishō and a catch phrase “oshamambe,” used by comedian Toru Yuri.

It is as if he questions his own existence and cult status. Murakami DOB-kun’s small vinyl body and larger-than-life head add up to 9” high. His cheerful smile, large anime eyes, contrasting bow tie and white feet printed with the MoMA logo on the sole complete the “kawaii”—that’s Japanese for “cute”—look for this iconic character. Each of the Murakami DOB-kun’s five colours is available in limited quantities. Figures can stand on their own for display and come packaged in a printed cardboard box that coordinates with the colour of the figure. The figure features articulated arms and feet, and his head moves from side to side.

Takashi Murakami was born in Tokyo in 1962. An artist in MoMA’s collection, he is known for blurring the line between fine art and pop culture. His artwork is greatly influenced by manga, a style of Japanese comic books and animations. In 1994, he received a fellowship from the Asian Cultural Council and participated in MoMA PS1’s International Studio Program.

His work has been featured in several MoMA exhibitions, including Comic Abstraction: Image-Breaking, Image-Making from 2007.

Available in limited quantities. No refunds or returns. Limit 5 per customer, 1 per colour. 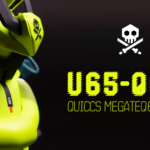 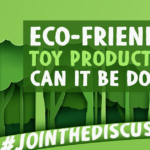