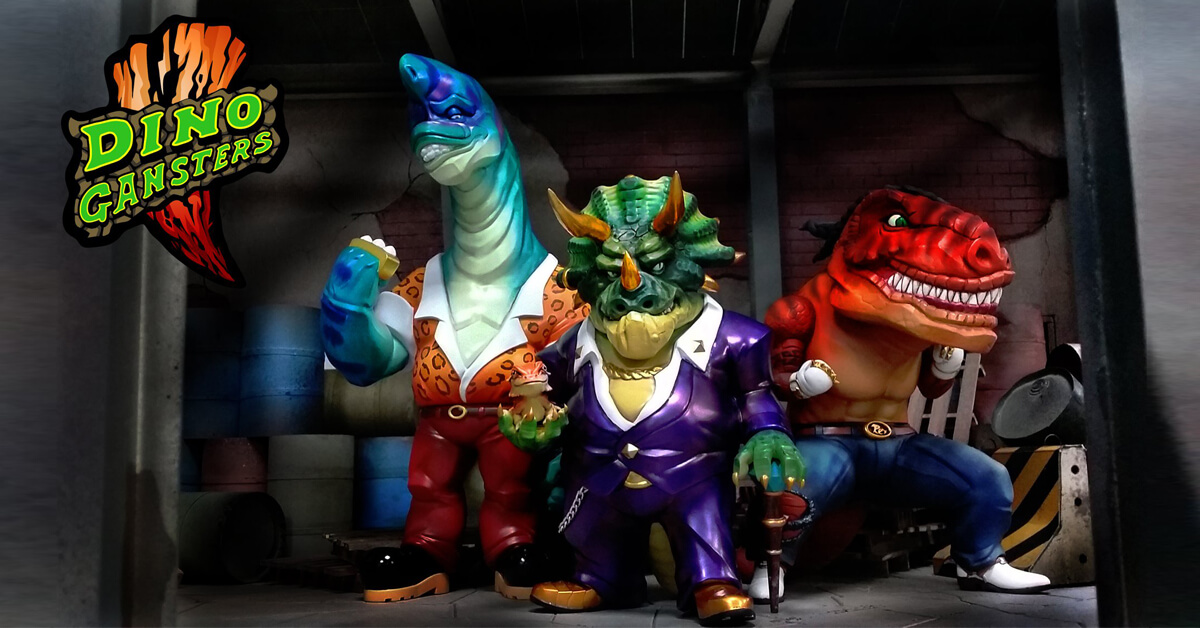 It was exactly December 2018 when we said, Jurrasic Park, move out of the way. There’s a new pack in town! Meet the Dino Gangsters, evolution has been created from the guys at AegusToys and the first from the series will be the Kingpin Belly Black Rob Triceratops. Thank goodness AegusToys didn’t go with a T-REX as the big boss man or that would be too predictable, HA. Anyway, the prototype was on display at Taipei Toy Festival back in October 2018 and judging from the reception you guys are waiting for this bad boy to be released. Fast forward to 2019 more Dino Gangsters have been finished and ready to be showcased at STS 2019.

We don’t have any time frame of the release date or pre-order info for Dino Gangster but what we can confirm is the fact the other characters from the Dino Gangster series are already underway and being finalised by AegusToys. Hopefully, the paint application and finish will be the same or equivalent to the final release seen in the photos above.