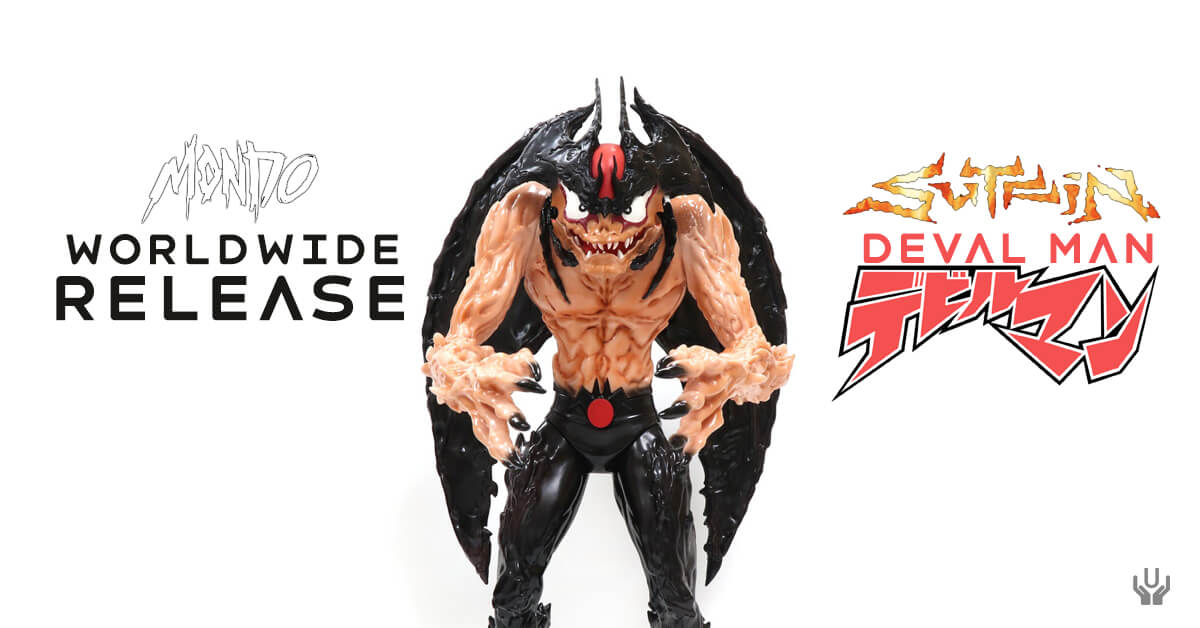 Talk about kicking off 2020 with a beast of a release! You’ve been warned, get your bank account and shelf-space ready. The new FLESH Variant DEVILMANby Mike Sutfin x Unbox Industries is ready to be unleashed this weekend! The figure is based on artist Mike Sutfin’s Devilman screen-printed poster released back in 2015, and stands 12″ tall with five points of articulation

Sutfin played the guitar in notable hardcore punk band Charles Bronson and has produced artwork for a number of acts, such as Dinosaur Jr, Cattle Decapitation and Pinback. He has embarked on several collaborations with popular art & cinema enthusiasts Mondo, including serigraph posters for Blade II, Creepshow, Lord Of The Rings & Spider-man. In 2014, Mike became a member of THE VACVVM, an international group of artists dedicated to working traditionally, founded by Aaron Horkey & Mitch Putnam.

You can get your daily Designer Toy fix from our TTC Mobile App. It’s free too! FREE! Download on the iPhone or Android smartphones. Search for “The Toy Chronicle” and all your Designer Toy wishes will come true! Pretty much