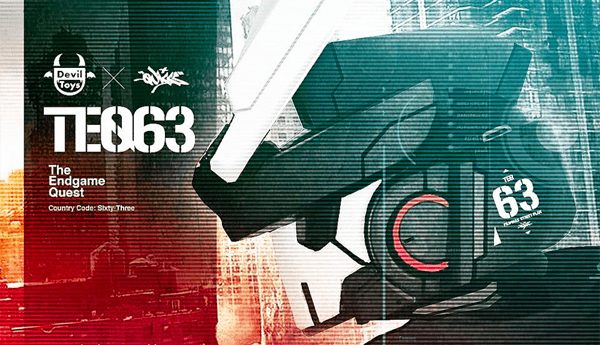 Hong Kong-based toy brand Devil Toys are proud to announce their collaboration with Philippines-based Artist QUICCS on a series of 1:6 scale projects based on his Bulletpunk Universe, the first of which will be QUICCS TEQ63! Slated for Quarter 2-3 in 2016, the first TEQ63 1:6 release will feature a new and updated helmet design based on Quiccs’ signature [The Real] TEQ63 look with his early 1:18,1:12 and 1:6th efforts. The figure will also feature custom tailored Bulletpunk-style clothing, some extremely designed weaponry, and a new sidekick that will be revealed in these following months.

Some early photos of rough prototypes and design notes have been teased by both parties on their IG accounts (@quiccs & @deviltoysltd), and as seen here as well: Edition size and plans for initial colorways and editions will be announced within the following months. We’ll bring details to you as soon as we receive them.