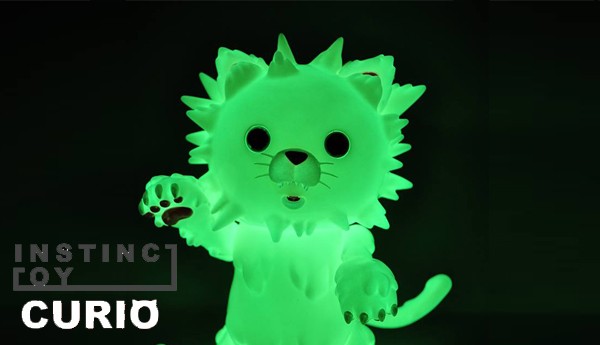 Instinctoy’s super cute CURIO will be added to the new designs showcased at Singapore, Toy Game Convention 2015. CURIO is the 1st color prototype and just arrived from the factory and will not be on sale due to late arrival. The good news is, collectors who are going to STGCC, you will be able to pre-order CURIO and see him in its full sofubi glory.

The quality looks immaculate as always, plus we love the fact it’s finished in a pearlescentwhite with GID! Having articulation is a plus point as you can have CURIO sitting down or standing. The official released date will be the end of October. If you’re going to Taipei Toy Festival in October CURIO will be released first.

For more info for STGCC head to http://www.singaporetgcc.com/.