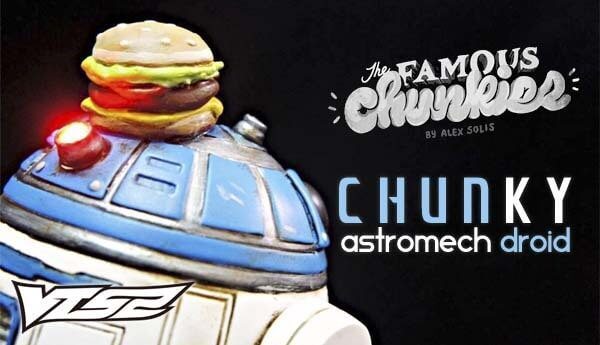 VTSS Toys just announced a new character for The Famous Chunkies series by Alex Solis. Following the tease of the famous golden droid from a familiar movie (see HERE) estimated to drop June 2016, his loyal companion make a debut. We guess R2-D2 had too much fast food on the rebel cantina. Meet the Chunky Astromech Droid. 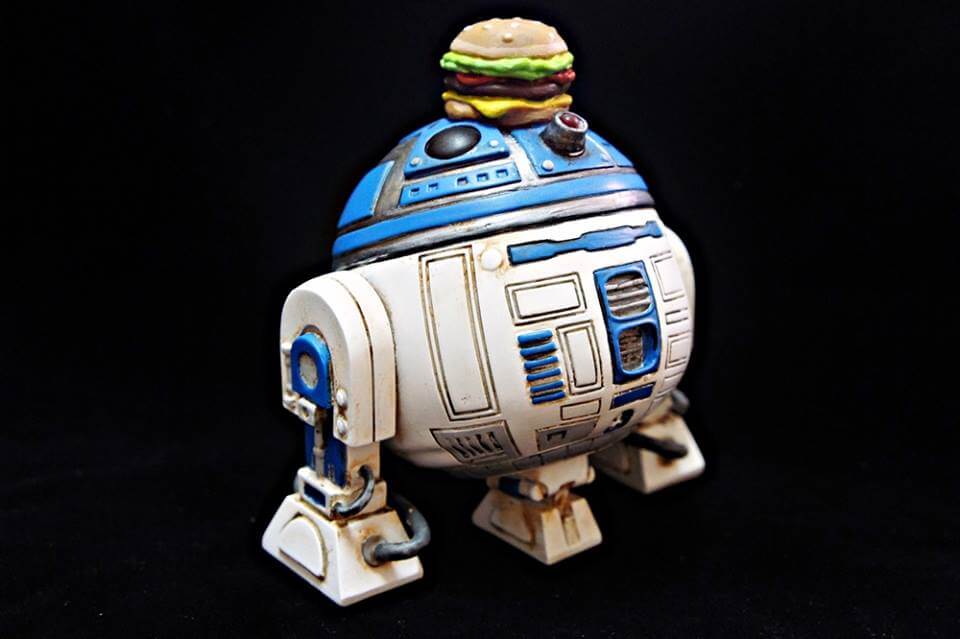 Chunky Astromech Droid is the seventh character in this series followed by Dark Lord, Trooper, The Grand Master, The Jedi, Boba Fet and Jango Fet.

It has a real functional LED light and a click button on the back.

Stands 14cm tall made in poly stone, Every Astromech Droid has a COA card which is signed and numbered by artist. Who would’ve thought the little droid would look so good with a few extra pounds? Well, the force is strong with this one. If you’re not familiar with Alex’s Chunkies concept let us shed you a light;

Limited to 120 pcs only. VTSS will start to taking pre-orders on May 12. Shipping starts on the third week of June.

Priced at $140/£97 with FREE worldwide shipping on http://www.vtsstoys.com/welcome/OnlineShop.