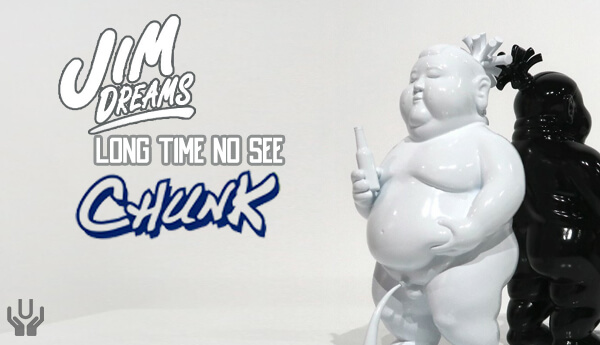 A few days ago we saw a teaser by Jim Dreams x Unbox Industries as Jim was ready to show you all his second soft vinyl figure. The development has moved so quickly we were in shock when it made an appearance at SSF at First Meet Gallery yesterday! Meet Chunk “LONG TIME NO SEE” by Jim Dreams x Unbox Industries. Tell you what, this wasn’t what we were expecting hahahaha. 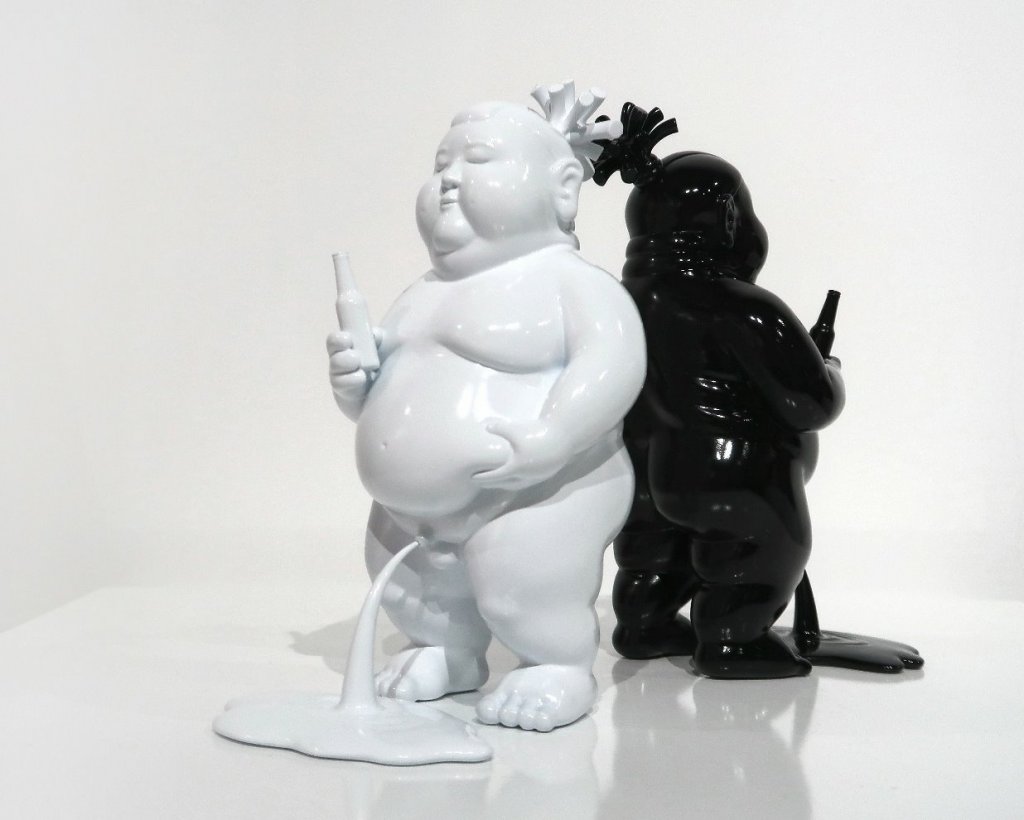 The teaser only showed the top half of the new positioned CHUNK and now it takes the piss out of famous peeing statue “Manneken Pis” (well we like to think it was) whether it was or wasn’t, we hope no wind will blow the pee, HA.

The man behind some of the cool designer toy project at Unbox Industries gets his time to shine as the spotlight shines on him. That artist is Jim Dreams as he’s set to release more of his debut figure CHUNK! what an entrance as the company he works for is backing and supporting Jim and why not right, with the cool figure that we at The Toy Chronicle can relate to, body size wise. We🙂 have the same size man boobs actually ass crack too. Don’t judge the size of his cock, its what you do with it, right? 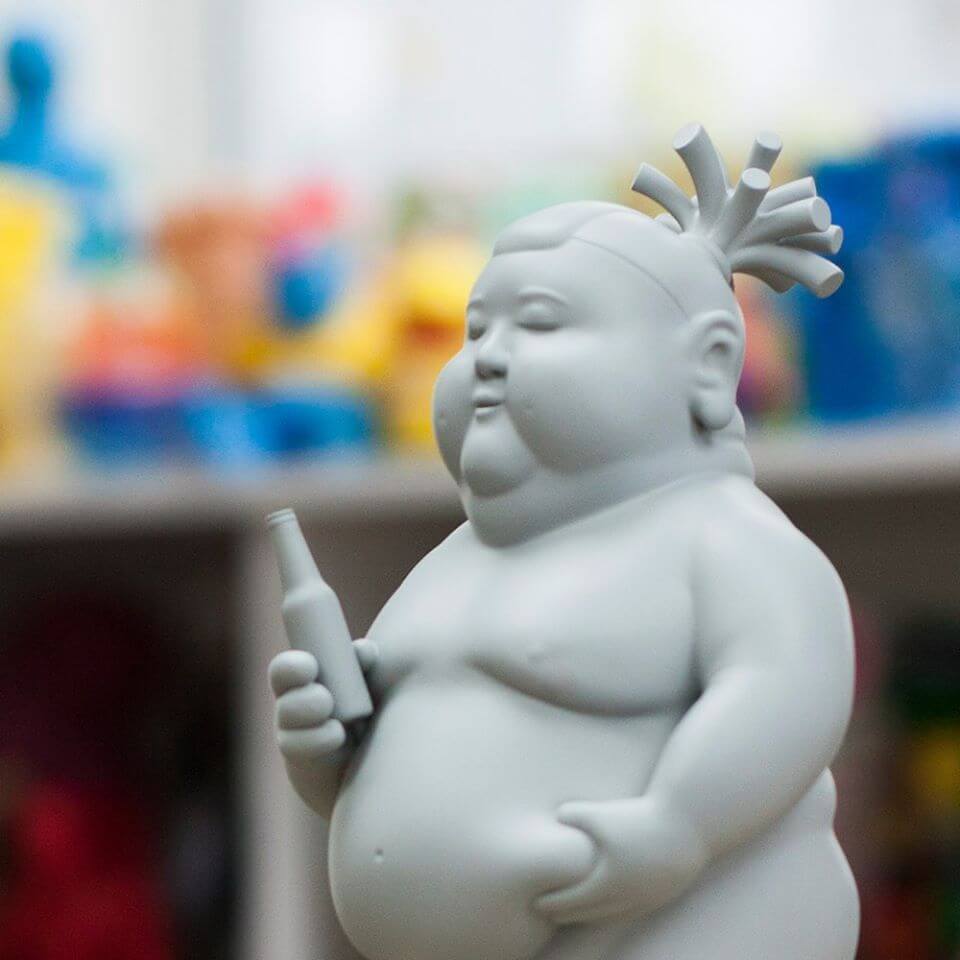 No time frame for a release, but knowing Unbox they work fast as Usain Bolt so it should be sometime this year. Stay tuned for further updates.

Check out our LIVE unboxing of CHUNK.

(info and media lifted from Jim Dreams and  Unbox Industries )