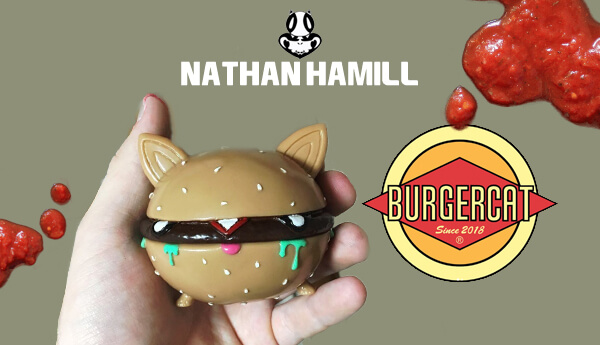 From the artist who brought you the Bellicose Bunny, Nathan Hamill is back with some sofubi action, with the help from the guys Science Patrol Japan. Turning a sketch into a full run of sofubi figures. Who’s hungry? Nathan Hamill presents to you BurgerCat, don’t be alarmed no actual cats were used making BurgerCat. 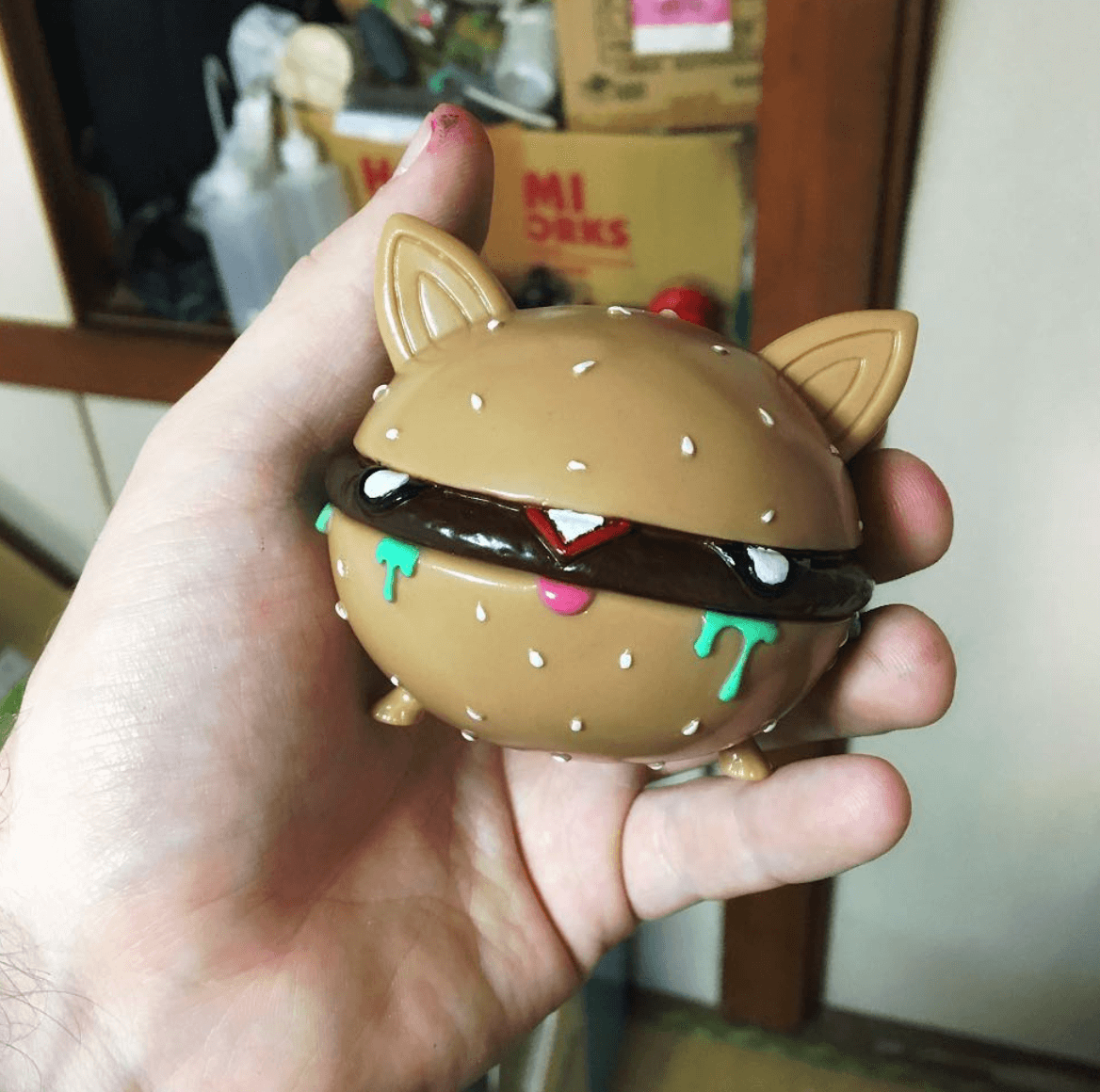 No news if the prototype you see above will feature a fully painted edition upon release date.

http://nathanhamill.storenvy.com/ has them and MORE.

“Nathan is an artist with an affinity for large-eyed creatures, ranging from cute to macabre, bashful to bellicose.

He was raised on a healthy diet of cartoons, comics, movies and toys, which informed his personality and artistic sensibilities. He plays well with others.