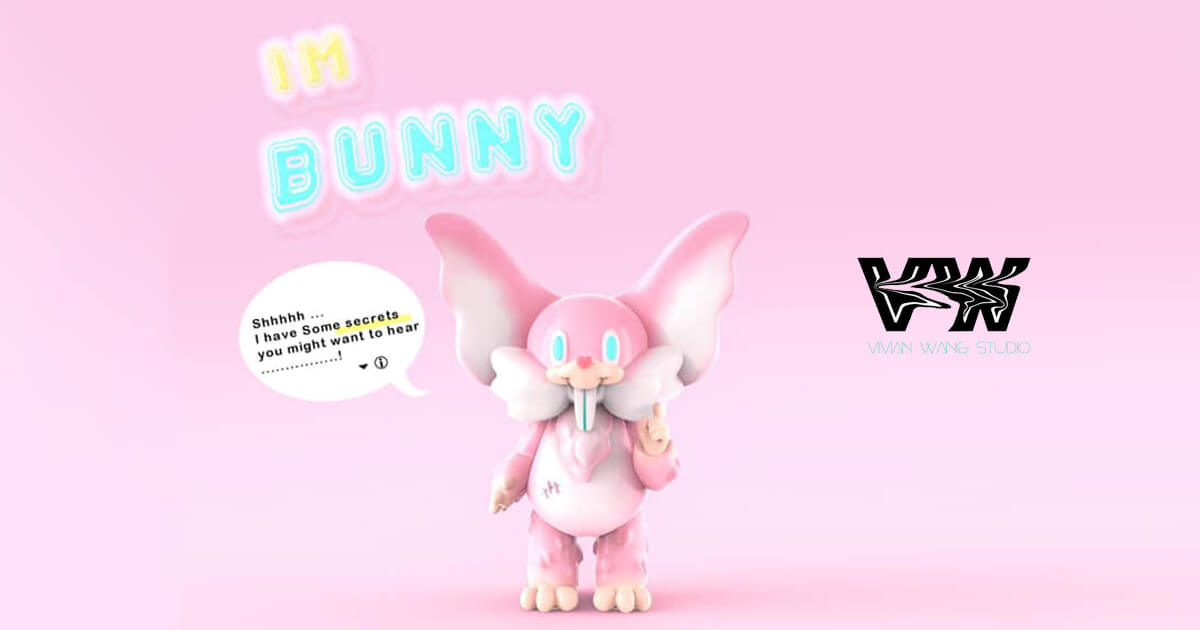 It may be April Fools right now, but Tawain based artist Vivian Wang isn’t fooling around when she revealed her sofubi edition of her famous “Bunny”. Not only Bunny in soft vinyl form, Bunny now has a new pose too! Vivian is now working hard on finishing all the Bunny’s by hand as shes blessing them all herself.

BUNNY can be described as luck and redemption. During the times when you feel desperate, it will appear and escape with you. In Vivian’s picture book called “ANNA”, BUNNY is the main character’s favourite doll and had been reformed to be a bunny head mask to cover up his in-confidence. And actually, BUNNY is a real existing rabbit from another parallel universe. For a secret mission, it came to the protagonist through a mirror. Its secret will be revealed one after the other!

Bunny stands at 12cm tall and produced Vivian Wang Studio! All we can say now is look out for the full revel and release details.