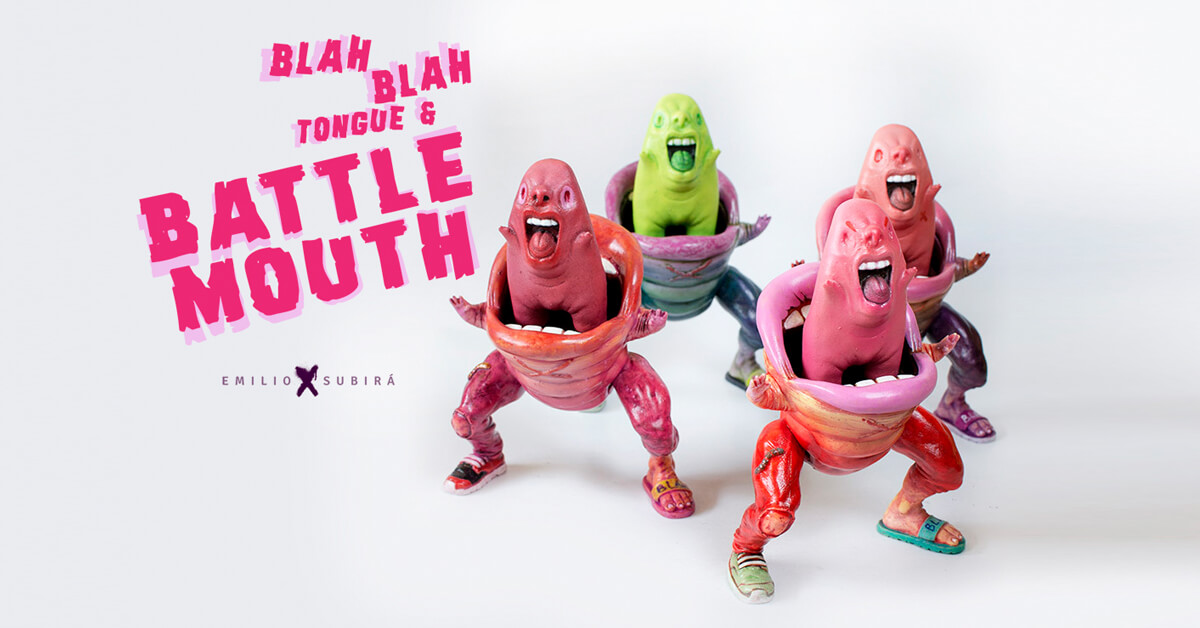 We were thinking the other day that It has been a while since Emilio Subira released anything we’ve missed his mad and unique creations! Today Emilio reminds us what he brings to the game with another crazy release! Emilio Subira presents to you “BLAH BLAH TONGUE & BATTLE MOUTH” resin art toys. Reminds you of anyone who got a potty mouth and cant shut up? Ha. Various colours and editions to select from and also a blank edition so you can add your own touch.

“BLAH BLAH TONGUE & BATTLE MOUTH”
“Screamy” unique piece
This is a piece composed by 2 pieces with a magnetic connection. 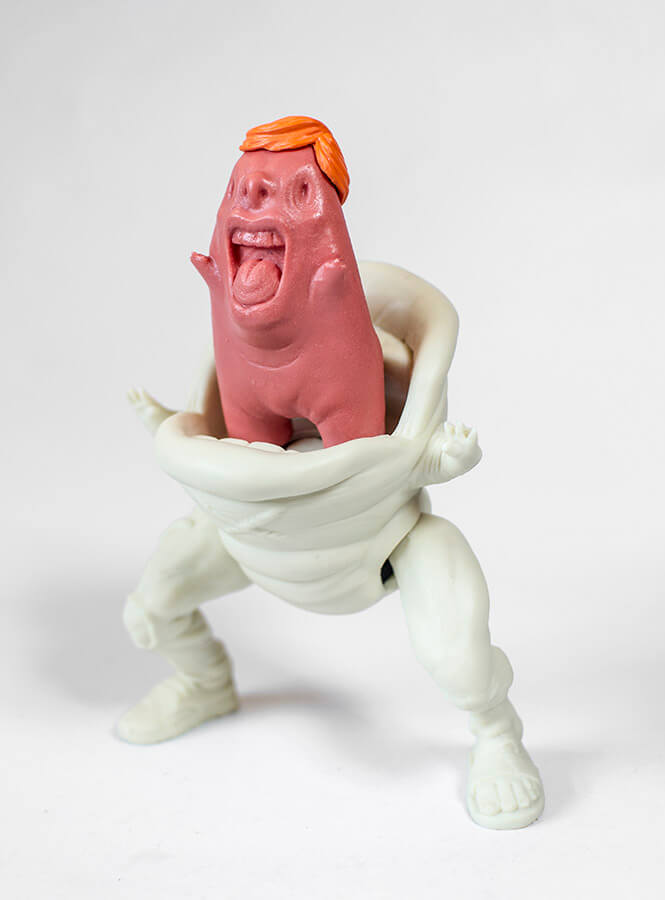 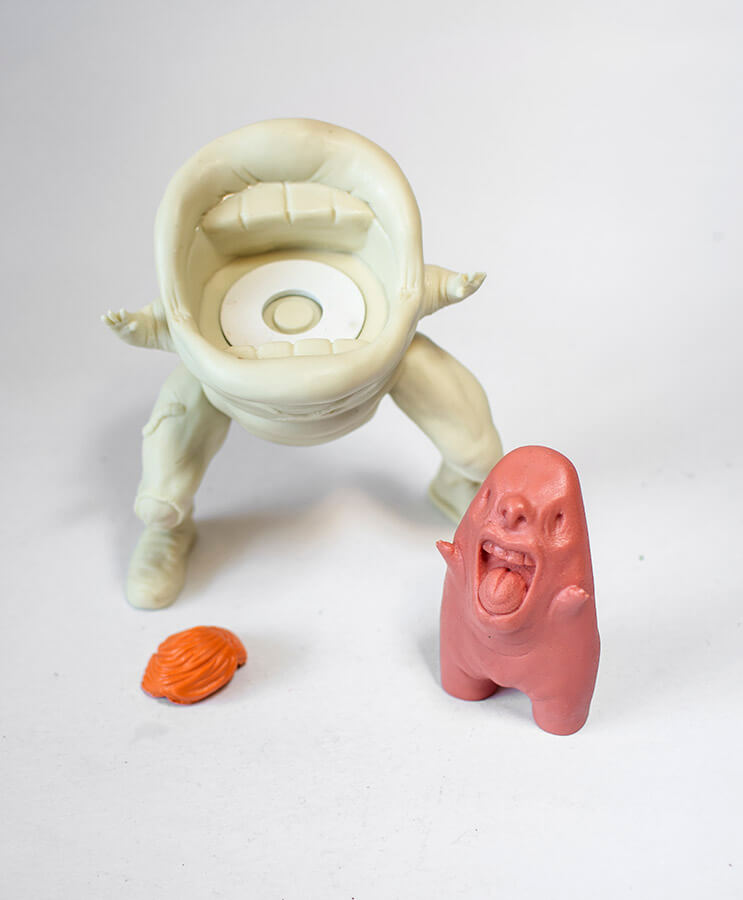