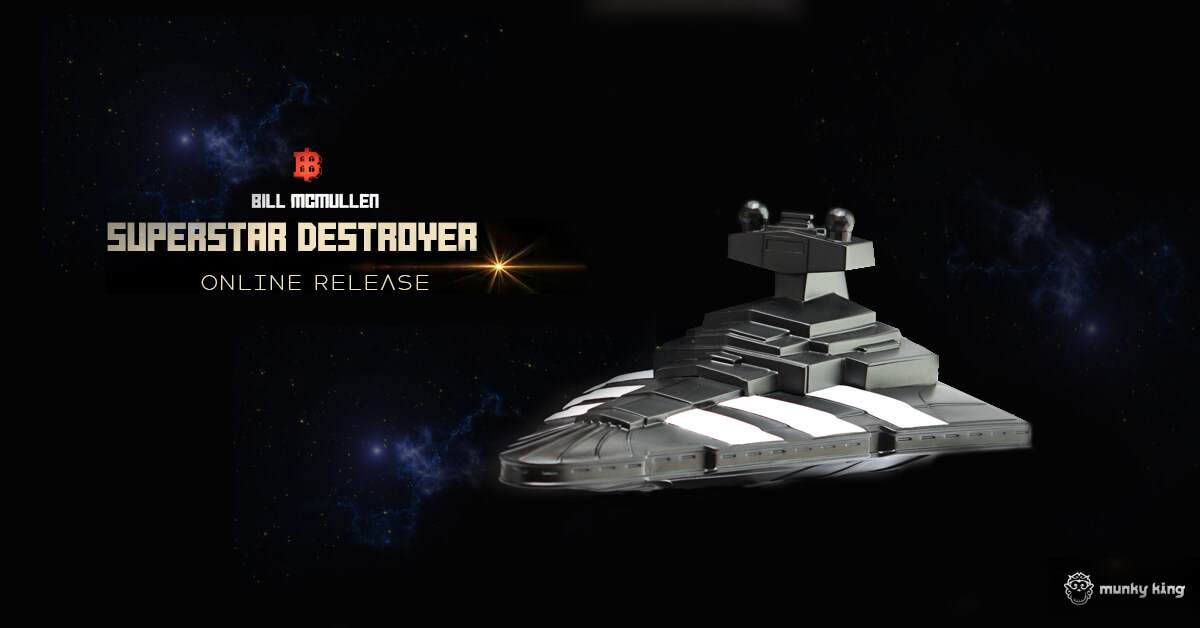 Back in June 2018, the fine folks at Munky King visited Formlabs Roadshow in San Francisco and on display was their prototype of the Bill McMullen AKA Billions McMillions “Superstar Destroyer”! Reminding us when the early prototype was on display back at Dcon 2016. Like we said previously. We all should remember Bill McMullen AKA Billions McMillions F-ing dope AD-AT and SHUTTLEMAX back in the good old dayz, right? We can now take a closer look at Superstar Destroyer black edition.