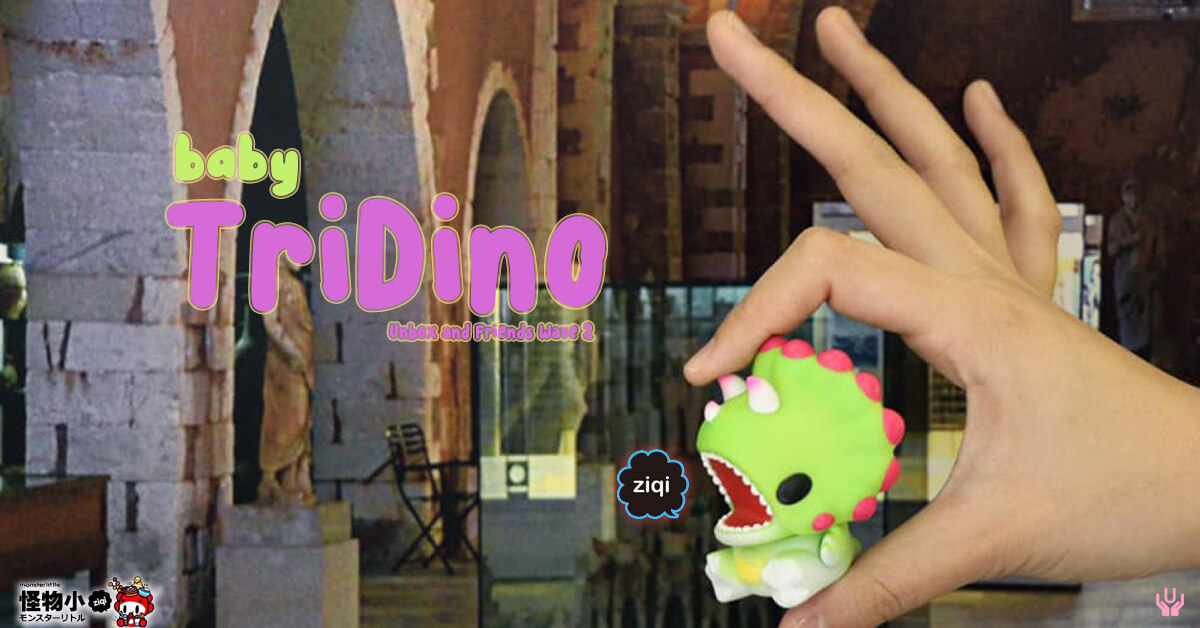 Can you feel the little footsteps? The excitement is gathering pace as the new wave of the smash hit Unbox and Friends from Unbox Industries is creeping closer to the release date! Today, Unbox Industries revealed Ziqi Wu’s Baby Tri-Dino! Now with a new pose and the super Chibi look!

t’s no secret that Unbox Industries have been working on the second series of the smash hit UNBOX and FRIENDS series. With the production in full swing teasers of the line up already online we have the official artists and brand line up that will be a feature in series 2! Some artists make a comeback into series 2 and joined by new characters from artist and brands. Earlier this year we got to see some of the prototypes at Unbox Industries Hong Kong headquarters and we can say they are worth the wait.