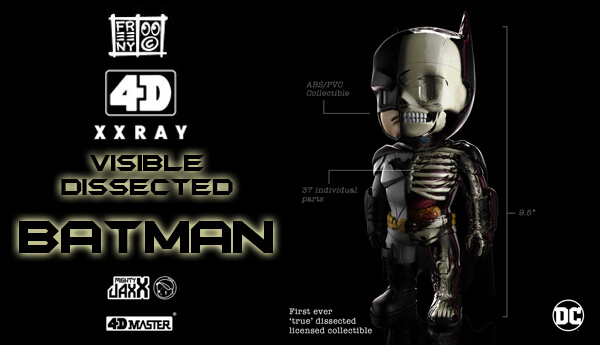 Momma told us that size matters and we gathered Jason Freeny & Mighty Jaxx got the same info as they join forces with 4DMaster again to bring you 4D XXRAY. The makers of  Jason Freeny’s smash hit Balloon Dog joining the line of offical licenced characters and first one is Batman, POW. Back in September Jason uploaded the prototype and you guys went into a frenzy so we’d guess you’ll be happy to see how the project is getting along. 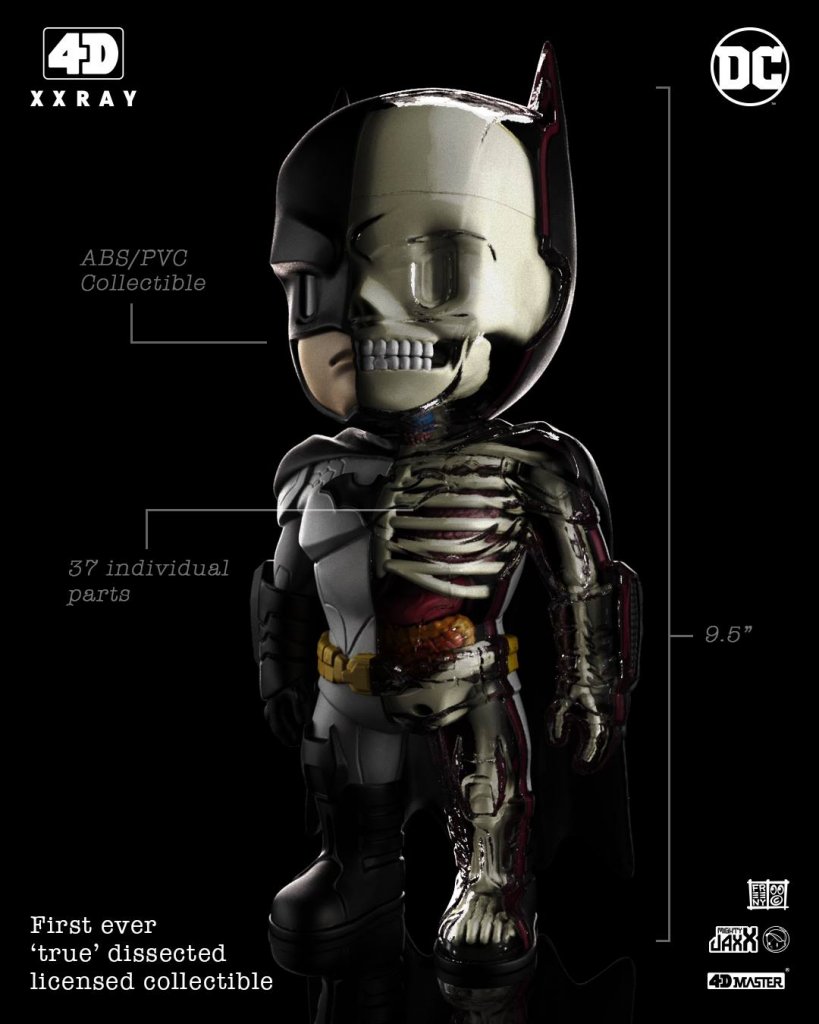 We’ve all seen Jason’s dissected but with 4DMasters it goes into the next level, 37 removable parts! First ever truly dissected licensed collectable.

A year after the debut of our XXRAY series we had been working closely with Jason Freeny on this secret project which a few of you might had took notice of.

Stay tuned for more dates on this new XXRAY line. Which licensed characters would you like to see dissected?

Join us in another breakthrough this November 19th.