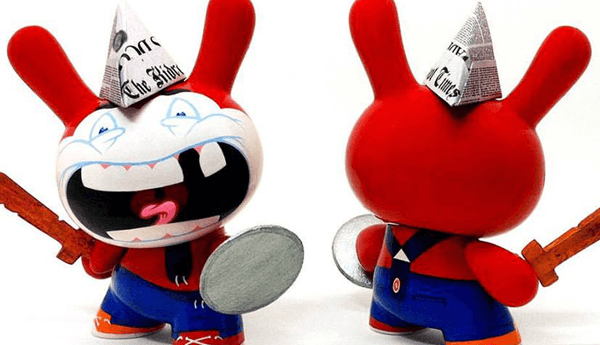 Oh man, I wish we were heading to DCon this year. There are just under two months til the doors of DesignerCon 2016 open their doors again, and we’re already seeing awesome pieces of work that will be available to purchase in last November. The main culprit of awesomeness is Igor Ventura. Igor has so far posted two characters for his upcoming ART OF WAR REJECTS Custom Dunny series, which will drop at DCon. Below you’ll meet the Prankish Knight. 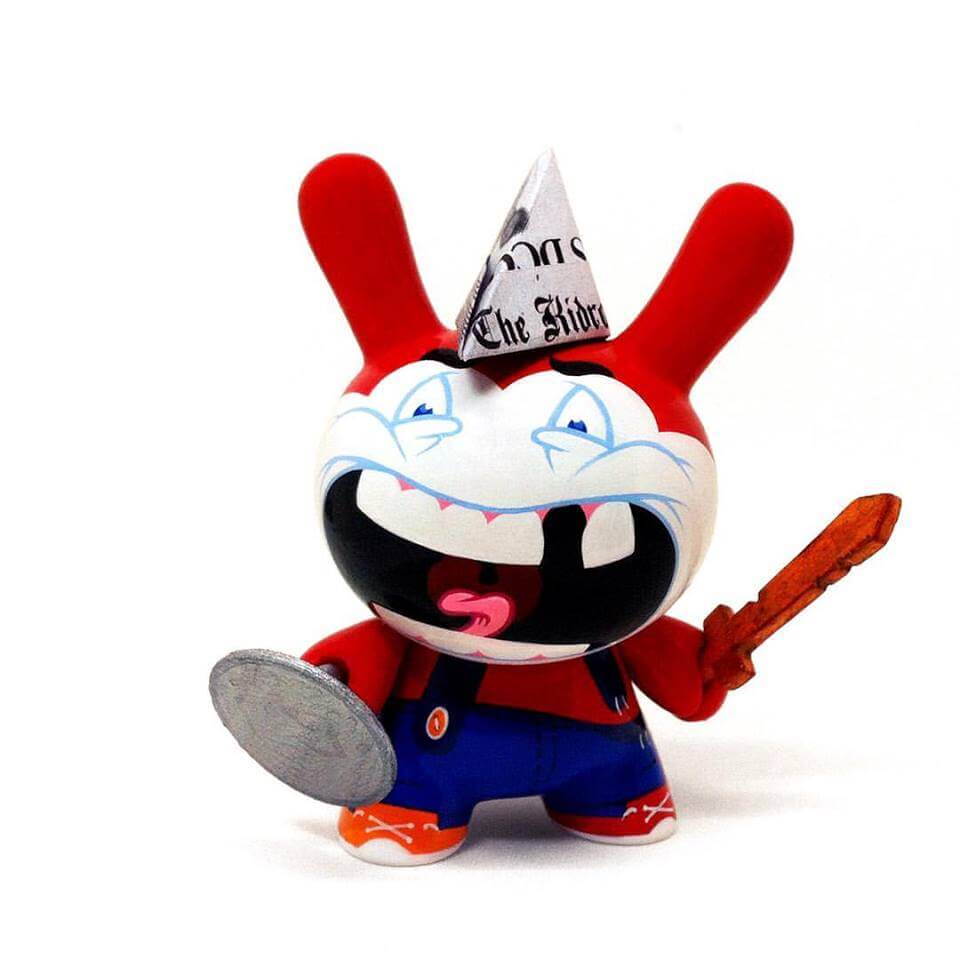 Do you know what’s mightier than the sword? Imagination! You don’t need a fancy, ultra-modern video game to have fun. Anything can be used to turn a devilish kid into a fearless dragon-slayer knight. Nobody can stop him… unless Mommy shows up and tells him it’s dinnertime! This awesome design is crisp, clean and the red realllly pops. We love his little newspaper hat. As we mentioned Igor dropped news of the first Custom Dunny to be part of his new Art of War Rejects series – Wobbly Dunny. With each announcement there looks to be five in each series, so a possible Blind Box series in the works? We hope so, we love a good blind box. Who doesn’t?! 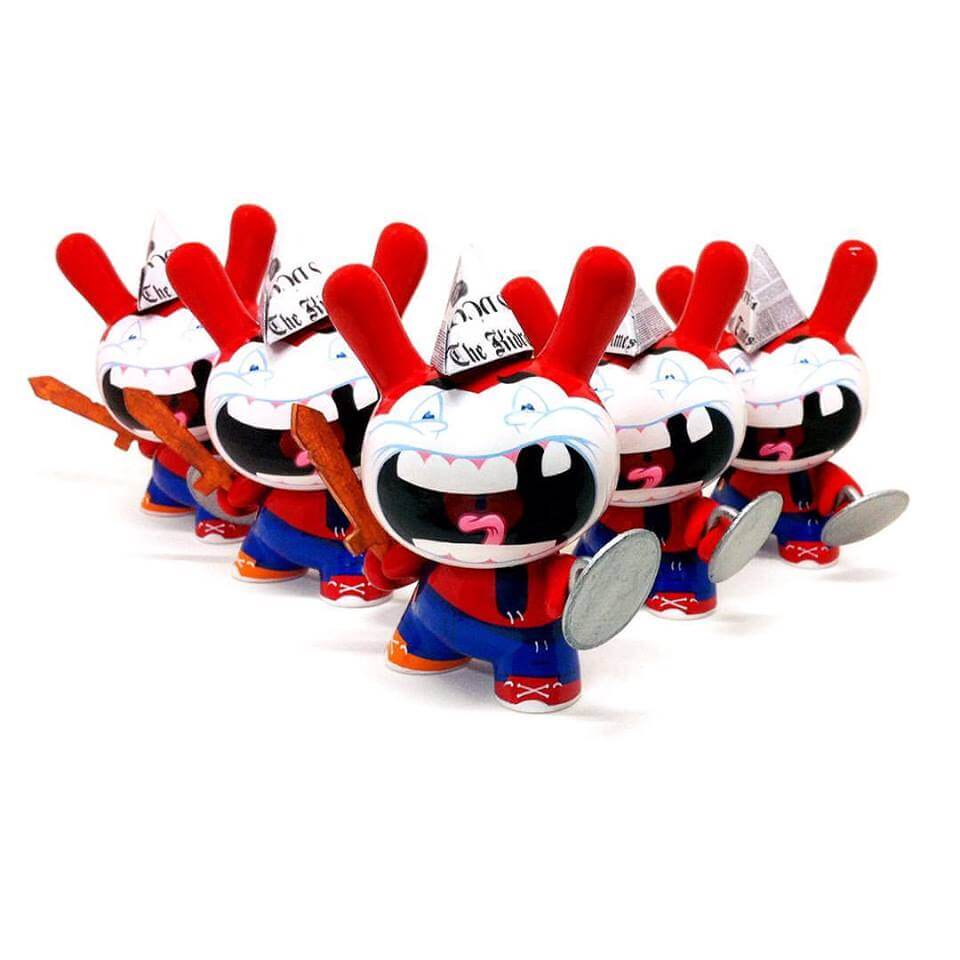