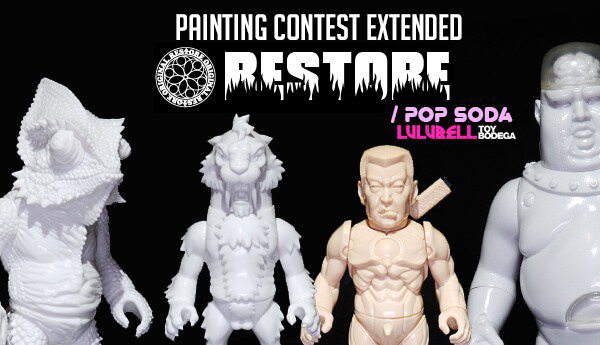 Quick announcement from RESTORE x Popsoda x Lulubell’s Painting Contest and Pre-order 2016 which we originally announced back in February. Restore has now extended the contest so it’s not too late to get your customs in.

Let the painting commence! Restore & Popsoda and Lulubell lunched a painting contest a few days ago and your chance to win your design to be transformed by RESTORE master sculptor Abe part of the original sculpt sofubi figure. How cool is that! the best news is if you cannot paint you can now pre-order  Neo Japan SFB?Iron Meat SFB?Fog?Darts in the raw DIY state which still look fantastic if you add them to your collection. Fantastic news right for collectors like ourselves that have missed past releases of Neo Japan SFB?Iron Meat SFB, Fog and Darts.

For the contest simply choose any of the figures from RESTORE,  Neo Japan SFB?Iron Meat SFB?Fog and Darts
How to enter: Enter using the RESTORE link or send an email to:[email protected] with the following information:
Title: Paint Contest
Body of email:
1.Name or Online name
2.your area
3.title of your paint
4.concept or theme
5.free message, any additional comments you’d like the judges to know
6.your web site URL or SNS account
?Must attach 6?pictures?front/back x1each?left/right x1each?favorite angle x2?
?RESTORE will use your provided information along with announcement of winning. Entry period: July 10t, 2016  August 10th, 2016 winner will have an original sculpt of their likeness by master sculptor Abe of RESTORE to be used on a Neo Japan figure!! You can purchase blanks through Lulubell or PopSoda ‘s  Web shop or use existing ones you might have. Only four figures can be used in this contest and it is Restore Neo Japan SFB, Restore Iron Mean SFB, Popsoda Fog and Popsoda Darts.
More info on the contest visit http://restore-created.jimdo.com/
(all info lifted from RESTORE & Lulubell) 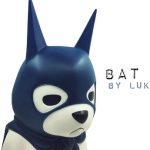