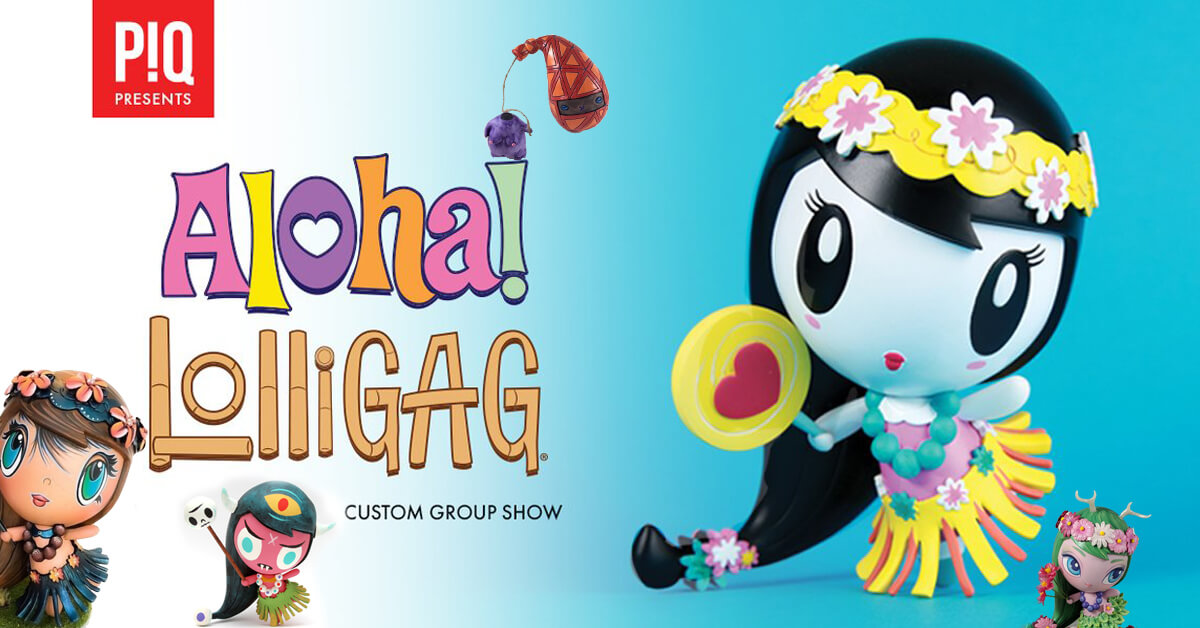 Mahalo! Cue the Hawaiian music! What better way to launch a brand new edition by having a launch party as well as a custom show! That’s exactly what the guys at Lolligag world are doing. TONIGHT, Lolligag second collectable art toy which we’ve covered HERE. Aloha! Now set to make its debut second colourway as well as a host of artists taking on the adorable 6″ hula girl vinyl toy giving their hula girl. Below are a few examples of what to expect.

PIQ is proud to partner with LA based kawaii lifestyle brand Lolligag on a massive new custom toy show. Over 35 regional, national, and international toy designers and artists have created their own version of Lolligag’s Aloha vinyl toy. This adorable 6″ hula girl vinyl toy will be interpreted by Heidi Kenny, Doubleparlour, Mizna Wada, Melodrama, MJ Hsu, Jellykoe, Miso, and so many more. 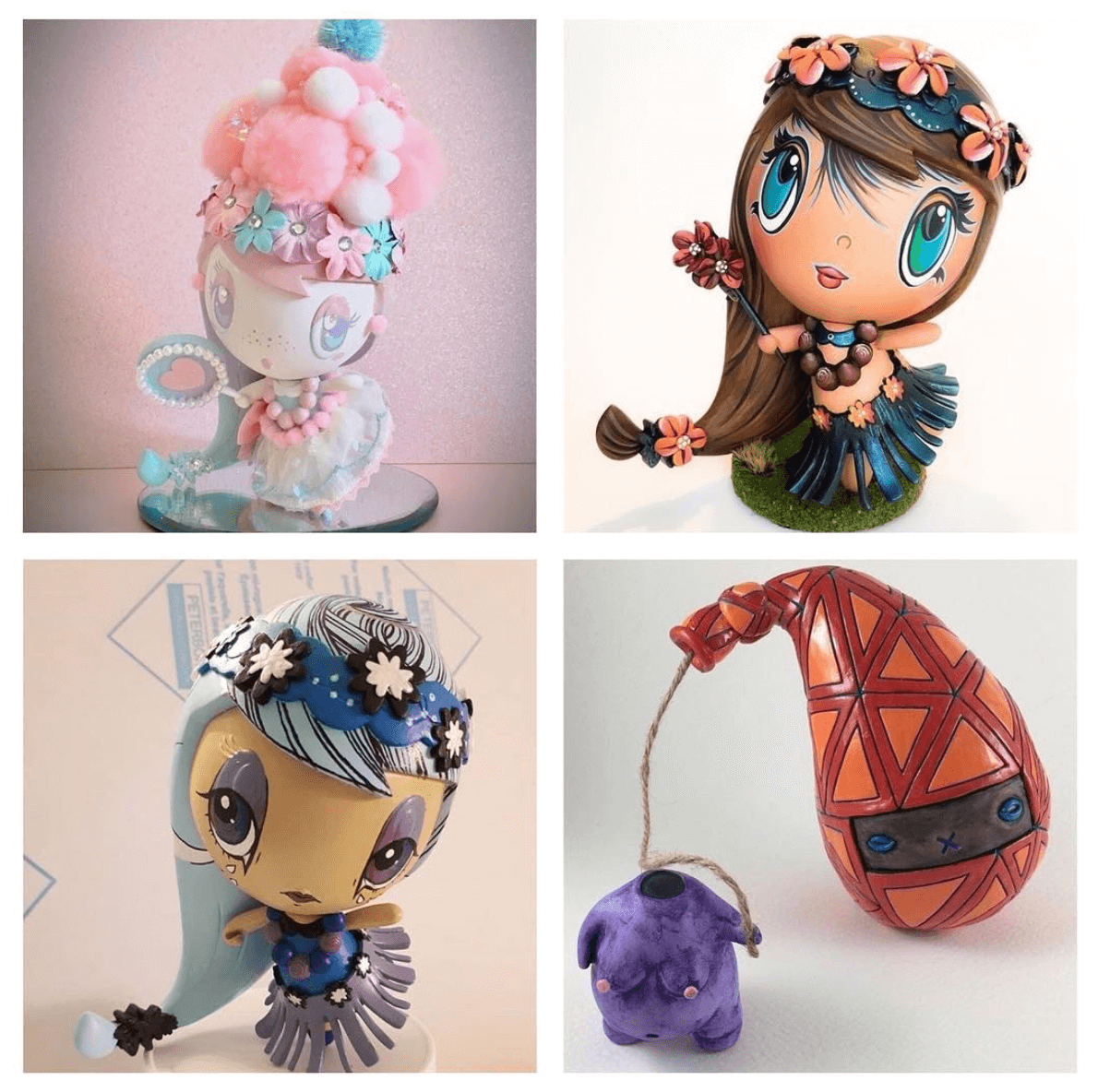 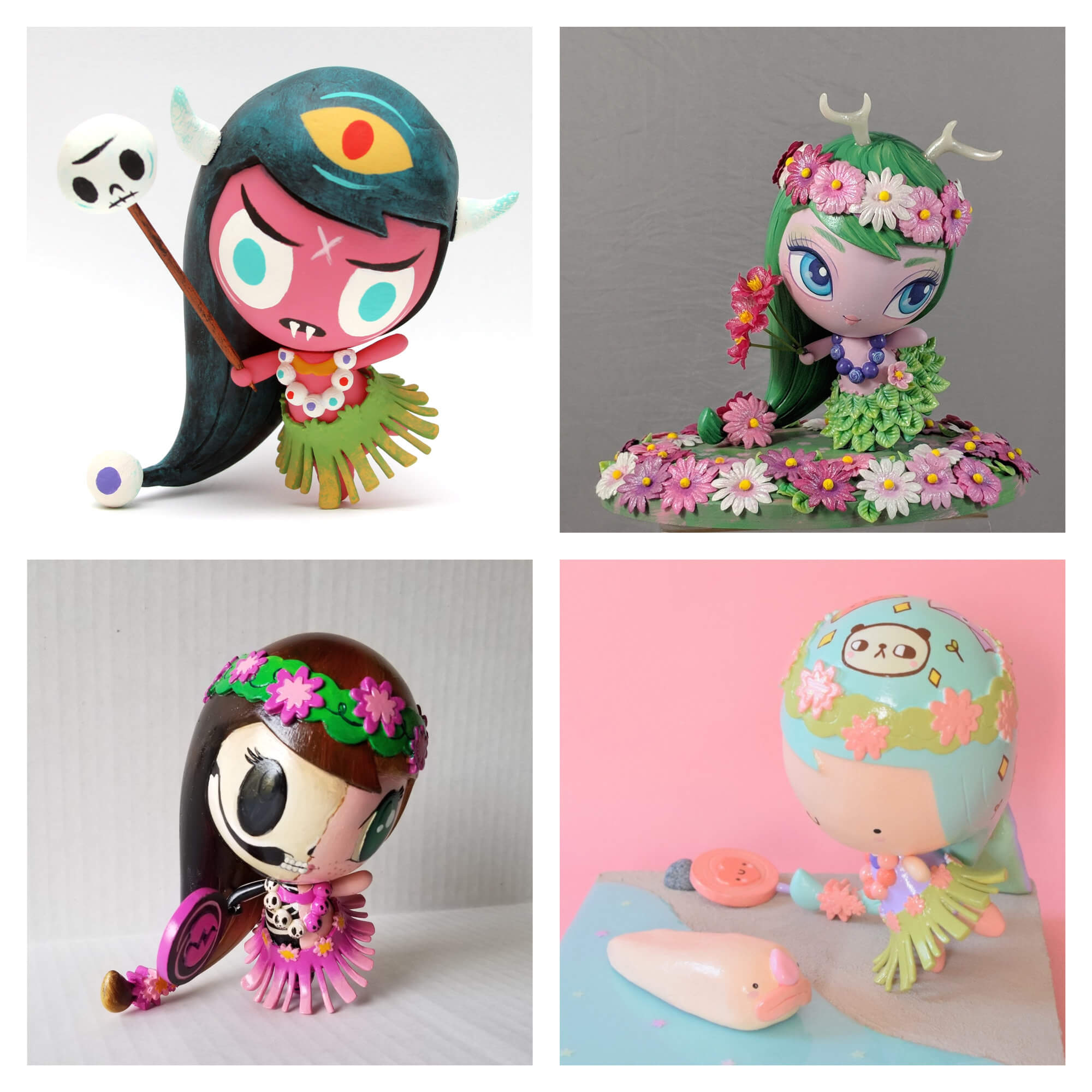 Aloha Lolligag kicks off with an opening celebration April 27  7-10pm at PIQ Grand Central and will be on view until May 14th 2018.

Online sales will be featured at https://www.piqgifts.com/ after the show.

Want to keep up-to-date with all Designer Toy news via the TTC Mobile App. Available to download now via the App Store or Google Play Store.