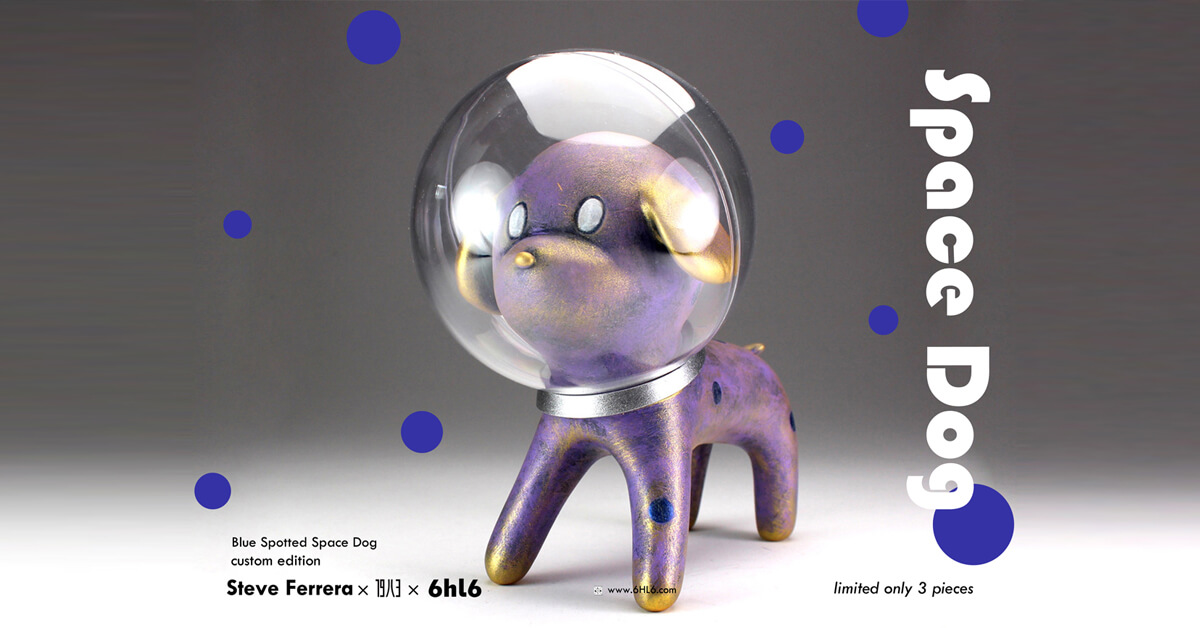 The blue-spotted Space Dog began her intergalactic journey from Steve Ferrera’s Berkeley California studio. After a proper fitting of her silver collared helmet, she blasted off to her creator Han Ning, for a rendezvous at the Beijing Toy Show.

Steve Ferrera received his BFA from UCSC and his MFA from SJSU both with an emphasis in sculpture. His work crosses many disciplines including film, television, stop motion animation, children’s books, and collectable toys. Often inspired by mythology, religion, cartoons, and make-belief, his curious and absurd creatures exist in their own cosmic events, lurking on the fringes of fairy tale and folklore.