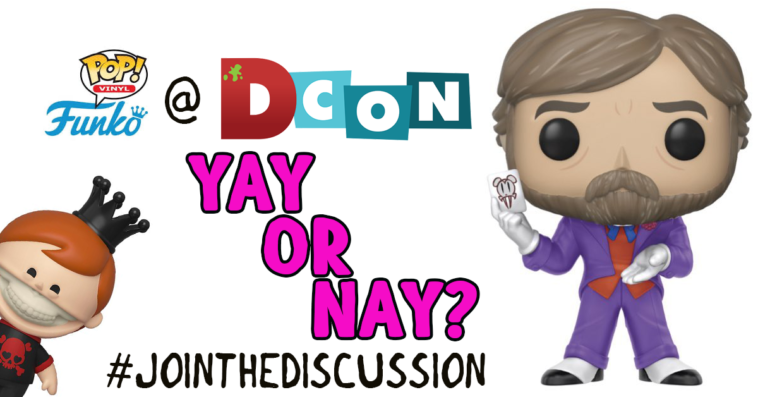 As we creep ever closer to November 22nd (66 days!!) and the opening of the 2019 edition of DesignerCon, we are seeing exclusives for DCon announced. Some of which are Funko Pop! related exclusives. Funko divides opinions in the Designer Toy community.

We caught up with a jetlagged Ben from DesignerCon, following his trip to Tokyo last week, to get his thoughts & answer some Funko Pop! based questions from The Toy Chronicle. Below you will find Ben’s answers…

Last year at DCon 2018, Funko had a presence via the Saturday Morning aspect, how do you feel that went down with the usual DesignerCon crowd? Did you get much feedback from vendors and attendees?

I believe that at the end of the day the “usual” crowd may not have liked that Funko was there but didn’t feel that much impact on the show itself. Funko had its own area in the hall the Funko crowd spent their time there. A lot of the Funko collectors were introduced to our world for the first time this year and for us that is really the important key factor here.

During your chat with Marsham Toy Hour in July 2018, you claimed that there would be NO Funko Pop! at DesignerCon. You sounded pretty adamant too on the podcast. What changed in 2019?

A few months ago, around the same time that we went to Japan, I got a vendor request from Funko and Funko they wanted to be a vendor. My reaction was of course, no. There is no way I am letting Funko into the show. I don’t want a Funko booth, I don’t want Pop vinyl being like this huge booth selling Pop vinyl where there are massive lines and all that stuff and I was like no this isn’t going to happen at DCon. So, I sent them a message and told them unfortunately that DesignerCon was not for Funko.

First of all, Funko will not be at DesignerCon this year (neither will Saturday Mornings). The Mark Hamill Pop! comes in conjunction with the art show “Hamilltoon” which features around Mark Hamill. The Pop! that other vendors bring (which they ALWAYS have since Pop! has been around) is their business and we are not ones to restrict our vendors on that they can or can not sell.

There have been news snippets of Pops appearing: Freddy Grin, Mark Hamill, the Ghostbuster DCon exclusive – how many Funko Pop! do you expect to be available at DesignerCon 2019? More than just exclusives, or Funko sellers? Those queues that you were dead against in 2018?

I wish we could get a Freddy Grin! It’s still a Ron English figure collab! But… as mentioned above Funko is not doing our show and there will not be a “line up of exclusives” like there are for SDCC or NYCC.

What would you like to say to those that feel negatively towards the impact that adding more Funko to DesignerCon 2019?

I would say that our audience needs to understand that we are always trying new things to get more people into the doors of DCon and introduce our world to those people. People were afraid the show would change when we moved to Anaheim and they found that the show’s feel and vibe did not change. Adding new vendors like Funko does not “change” the show it only helps it grow and brings it more to life. That being said we are adding a few cool new vendors to the show this year that we feel our audience will love. Hope to see everyone in Anaheim in November and, as always, thank you to everyone who comes out and supports the show.

Thanks Ben for taking the time to answer our questions, especially with the jet lag from Tokyo (which the trip looked amazing following along on Instagram, we can not wait to see what comes from this trip at DesignerCon in November)!

So TTC reader, what are your thoughts on Funko Pop! at DesignerCon? Yay or Nay? Are you a fan? Will it have an impact on your attendance at DCon? Join the discussion on the TTC Forum now to have your say!

JOIN THE DISCUSSION ON THE TTC FORUM

More From: Join the Discussion 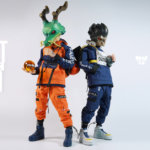 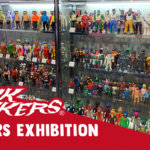